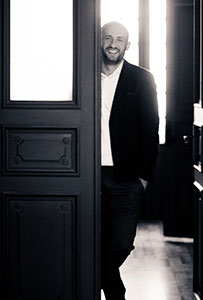 Managing Parner and Founder of MHLawyers SCP law firm since 2018.

He has a solid and long experience in the field of electricity and natural resources, fiscal-financial, rail and rolling stock, commercial and corporate, law mergers, acquisitions and sports law.

In addition to his legal expertise, he is experienced in management, holding the position of General Manager of a comopany with more than 300 employees, in the field of rail transports, between 2016-2018.

He worked as an in-house lawyer within top companies in the field of electricity.

He has more than 15 years of experience as a lawyer, before becoming an associate within HMA being the coordinator of an Individual Law Firm between 2006 and 2011, and collaborating with leading law firms in Bucharest.

He has given legal advice to important trading companies on the Romanian and European markets, always managing to maintain his professional relationships and thus to expand his portfolio of permanent clients.

Member of the Bucharest Bar since 2013.